Fans of Moto Guzzi – the legendary brand of hand-made motorbikes with their signature transverse-mounted V2 engines – will soon be able to buy a range of new models in South Africa.

Italian Motorcycle Importers (IMI), the official distributor of Moto Guzzi, will launch seven distinct versions of the legendary Moto Guzzi V7 naked bike and a Premium version of the shaft-drive V85 Enduro in South Africa. Pricing of the Moto Guzzi line-up will start at R163 000.

The V85 TT was designed with a focus on driveability and durability. It has a dry weight of only 208 kg and is the only bike in its category with a shaft drive. Adding to the driveability, the V85 has a 23-litre tank for at least 400 km between fill ups.

Nestled in the new frame is a 90-degree V twin engine with a capacity of 853 cc. The engine delivers 60 kW and is mounted higher up for a ground clearance of 210 mm. Wheel travel is a generous 170 mm on both wheels.

“With the global launch of the V85, Moto Guzzi welcomed back an old-time fan – the Hollywood actor Ewan McGreggor – as its brand ambassador. Ewan is renowned for his adventurous spirit, and we are excited to see him on the V85,” says Ian Huntly, CEO of IMI. 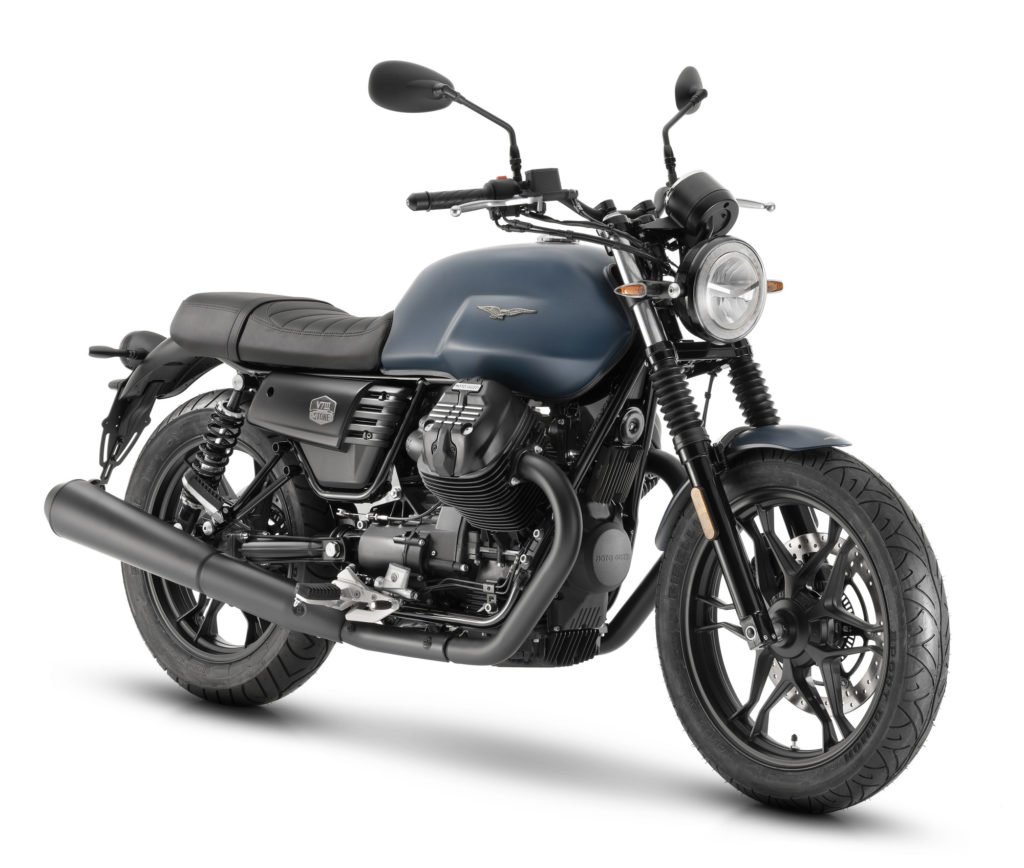 The legend of the Moto Guzzi V7 started in 1967, when the first version was launched with a transverse V2 engine in Italy. The bike proved so popular that the full production run was sold out shortly after the launch, further fuelling the bike’s legendary status.

“The V7 has everything that we love about Moto Guzzi. It is hand-built, is fitted with the company’s legendary thumping V2 engine that sits transversely in the frame and it has endless customisation options,” says Huntly.

The new range of V7 is only the third completely new model range since the first model of 1967 and it still features a two-valve per cylinder set-up and unique exhaust system that generates the unique ‘Guzzi rumble’.

While the customisation options are legion, Moto Guzzi has created a number of factory custom models, which include the V7 Stone with its large singular display, alloy wheels and dark matt look and the V7 Special, which has old-school saddle stitching on the seat, spoke wheels and dual circular displays.

“We will officially launch the V7 Stone Rosso, the V7 Stone with LED package, the V7 Rough, the V7 Milano, the V7 Carbon and the V7 Racer. Each has a very distinctive design that will stand out in a crowd and offer owners different canvases for further customisation,” says Huntly.

The range of V7 models include:

All Moto Guzzi models are sold with a three-year/60 000 km service plan and a 24-month mechanical warranty.