The first major European motor show was held in Geneva in Switzerland, and most major manufacturers introduced or previewed new models. Among them were most Italian manufacturers and at least two of them had important new models on display. Here, in alphabetical order, are the major new models from each manufacturer:

The Stelvio range is extended by the addition of the TI, a new model with a more powerful 206 kW version of the turbocharged two-litre engine fitted to the Super. This model revives a classic Alfa Romeo model designation that has been used since the 1950’s on cars like the original Giulietta and Giulia, as well as the Alfasud, to name a few. The Giulietta has been around since 2010 and a major facelift has been announced. This includes a series of new engines, including turbocharged petrol engines with capacities of 1,4, 1,6 and 2,0 litres and a new Alfa Romeo TCT automatic transmission for the latter two. Four specification levels will be available for Europe; Super, Sport, Executive and Veloce. In celebration of Alfa Romeo Racing’s entry into Formula 1, Quafrofoglio Alfa Romeo Racing versions of the Giulia and the Stelvio have been introduced. Lastly, the company has given show- goers an idea of what to expect in the future by displaying the Tonale, a concept plug-in hybrid SUV which would slot in below the Stelvio if it were to be put into production. 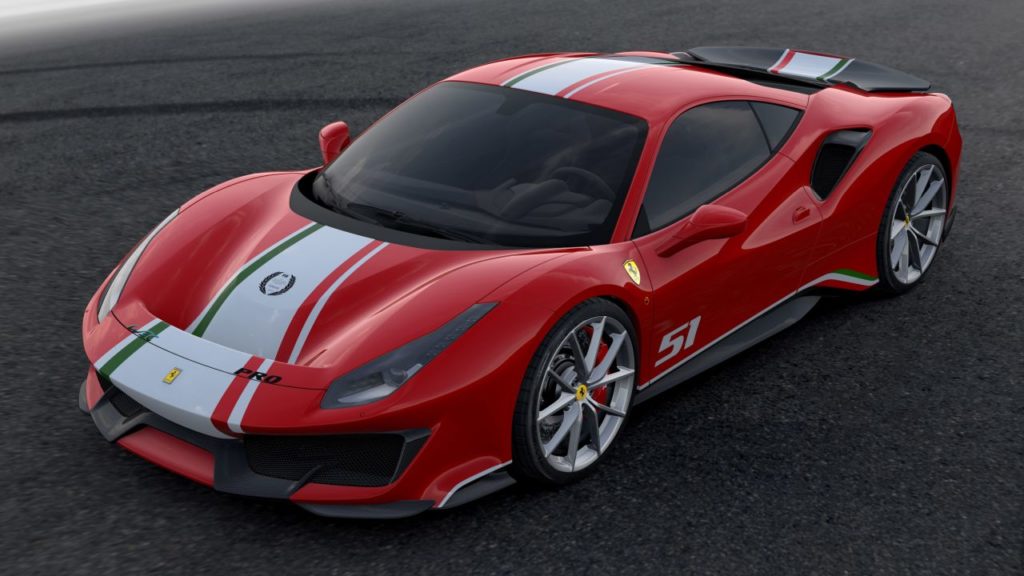 One of the major new models in display is the replacement of the 488 GTB, which will be called the F8 Tributo. As the name suggests, this new model pays homage to the most powerful V8 Ferrari to date; the F 40, which was the last car approved by Enzo Ferrari before his death in 1988. Like its predecessor, the F8 Tributo is a two-seater Berlinetta. It is fitted with a 3,9 litre turbocharged V8 engine which delivers 530 kW at 7 000 rpm and torque of 770 Nm at 3 250 rpm. 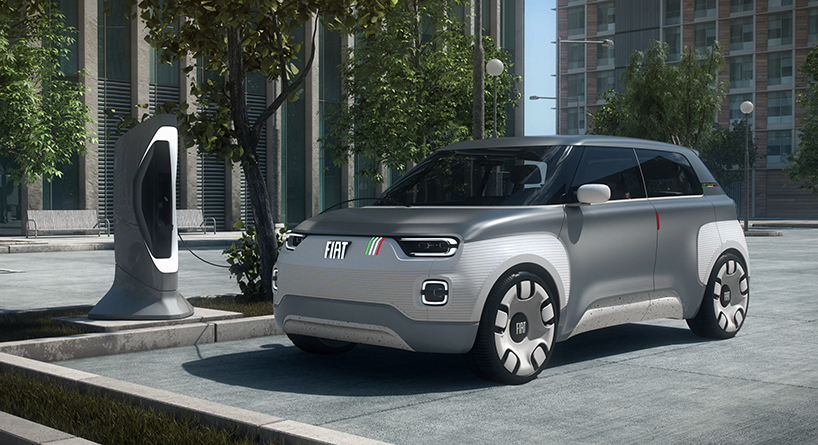 The oldest Italian manufacturer is 120 years old this year, and to commemorate this milestone, a radical new concept is being displayed. The Centoventi (one hundred and twenty) is a concept which will be the world’s least expensive electric version if a production model is introduced. This baby car is full of novel features, most importantly a battery which can be extended with the addition of more battery cells to extend its range. That means that the range can be extended from 100 km to just about 500 km. The car is fully customisable according to owners’ needs. Although only one colour is available, it gives the option of four different roof colours, four wheel cover designs, four bumper colours and four external wrappings. The production version should be introduced within two to three years. 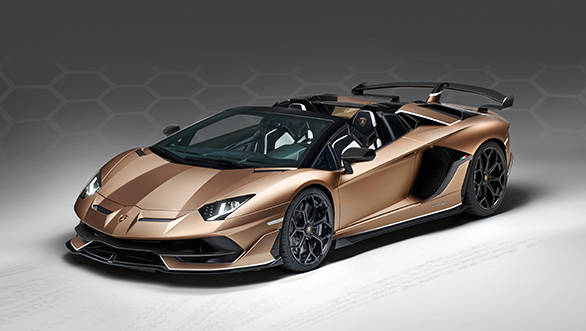 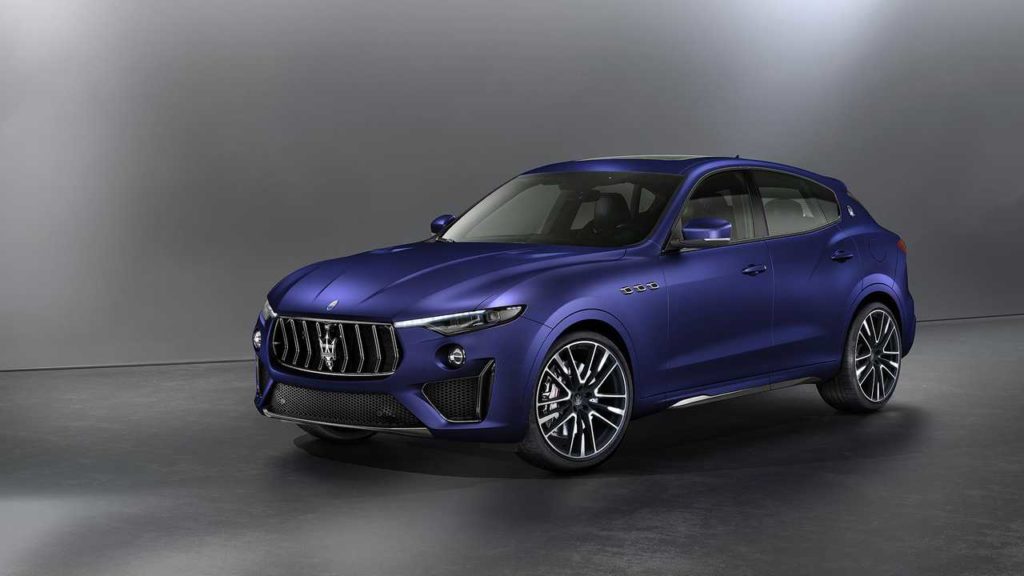 The top model of the Maserati Levante range, the Trofeo, is on display at Geneva, and it can be considered to be the Ferrari of SUV’s. This is the first Levante with a V8 engine and uses Ferrari’s 3,9 litre twin-turbo V8. It was displayed at the 2018 Los Angeles Motor Show, but it is now dispaled in Europe for the first time. The Trofeo will be the first Levante with 22 inch rims and the side air intakes have a more aggressive design. It can reach a top speed of more than 300 km/h and accelerate in 3,9 seconds. 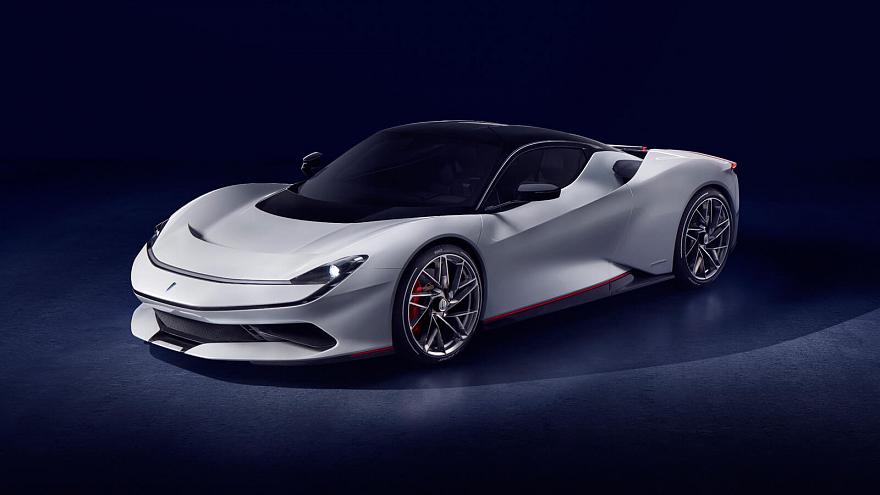 The most powerful electric car is a new hypercar developed by Pininfarina will be the most powerful road-legal car ever produced in Italy. The Pininfarina Battista has a motor at each wheel which delivers a total of 1 416 kW. The Battista’s design was led by Pininfarina Automobili’s styling boss, Luca Borgogno, who said that the team had a battle in turning the concept into reality. He wanted the car to have pop-up headlamps but because it was meant for international homologation, this was not possible. Despite its radical new powerplant and low-mounted battery pack, it still has the styling of a classic mid-engined sports car. The first cars will be delivererd to European customers in 2020, followed by American customers in 2021. Pininfarina Automobili is also planning to introduce three SUV,s; the first will reach the market within three years.