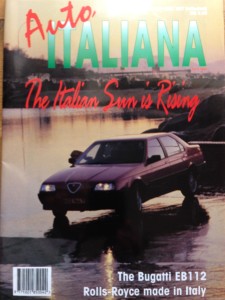 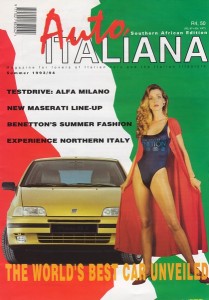 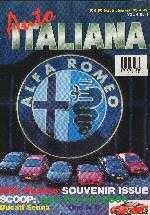 Auto Italiana originated as a newsletter for Italian car clubs in 1992. It soon evolved into a full-colour glossy magazine. This magazine was discontinued in 2009 and replaced by this website presence. The Auto Italiana website is run by Gerrie Smit and Nicholas Smit. They are aided by Italian car lovers such as accomplished motoring journalist Ray Leathern. 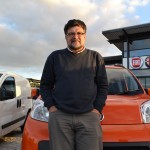 Gerrie Smit is a full-time motoring journalist and was always a lover of cars and especially Italian cars. He was, for instance, a founding member of the South African Fiat Club. In 1993 he successfully launched South Africa’s first motoring niche magazine, “Auto Italiana” focusing specifically on Italian vehicles. He was the first South African to test-drive the Lamborghini Diablo SE30 as well as the Bugatti EB110 (When the latter was still manufactured in Italy). Since the inception of the SA Guild of Motoring Journalists Car of the Year (COTY) trophy, Gerrie has always been involved in some way – First as an assistant to jury members and a marshal, and later as a jury member.